skip to main | skip to sidebar

There was a lump under my tent and sleeping pad last night. If I stayed off to the one side I was ok. I awoke at 4:40 am and began packing up after doing my stretches. I took down the tent and tarp before making breakfast. I took some time to take a couple photos of the calm lake. 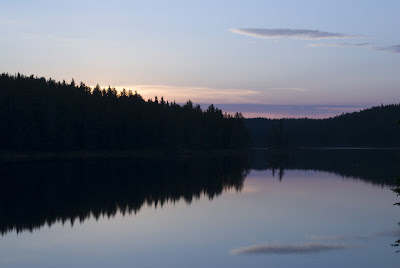 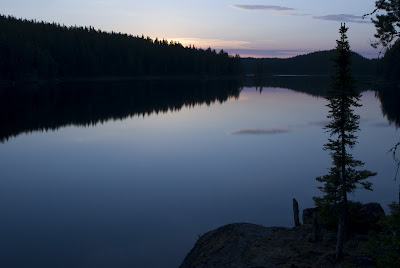 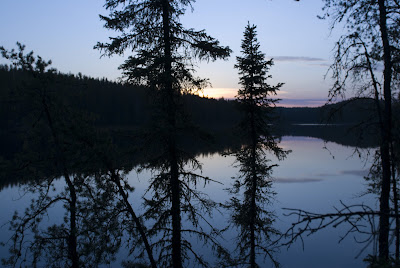 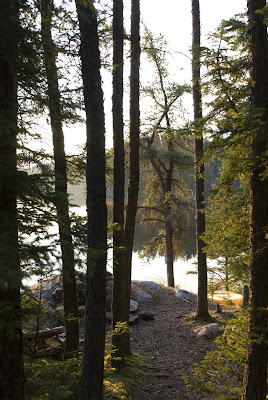 I was fixing breakfast at 6:15 am when two guys in a canoe came past my campsite. They mentioned that the Lake Trout were biting. They said they came in sometime last week. They had done 33 portages and had been to Wrist Lake and Mexican Hat.

I left the Bunny Lake campsite at 7:00 am and in 10 minutes I was at the second to last portage for the day. This one was 300 meters long. This portage began by either following close to the water or immediately head for higher ground. I opted for the higher ground. Although there were several wet, muddy places on the trail. I was able to double portage it. The put-in was shallow and boney. 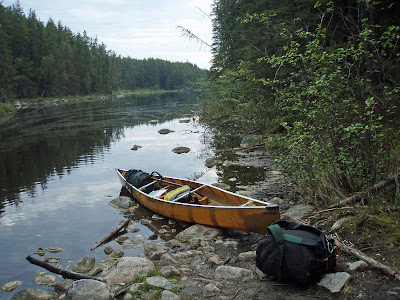 While paddling in the narrows before the main body of Leano Lake I spotted a smaller black bear running along the shore up in the bush. I was able to take a photo, but it didn’t turn out that well. He was too far away and mostly hidden by the vegetation. 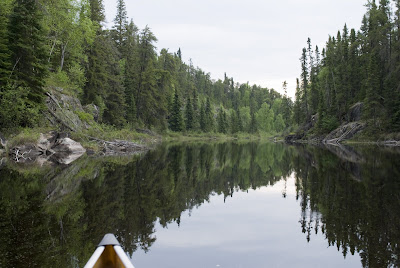 I made it back to the 350 meter portage Leano Lake that goes back up to the parking lot at 8:40 am. I had some more problems with the gunwale and my yoke. Of course the yoke slipped off the canoe. The canoe fell down hitting a short broken off branch of a black spruce punching a small hole on the bottom of the canoe near the stern. I just kept walking as the canoe fell away, but I heard the sound of the canoe striking the tree. It didn’t sound good when it hit. This ended up pretty much a triple portage because of the canoe/yoke problem 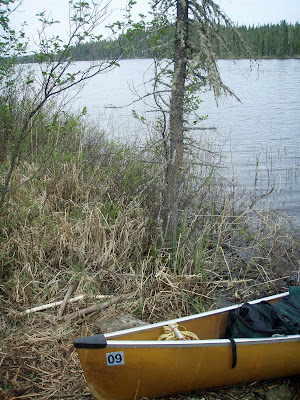 All my gear was up at my Suburban at 9:23 am. By the time I got the canoe on the Suburban, the gear thrown inside and a quick change of clothes it was 9:50 am. I was pulling out of the parking lot knowing it was going to be a long drive back to my father’s place..

There were two vehicles in the parking lot. One was a Ford with Wisconsin plates and the other was a red jeep with Minnesota plates.

I was planning on driving back to Red Lake. but when I reached the end of Mile 51 Road I saw fresh tire tracks going to or coming from the Longlegged Road which goes to Ear Falls. Since there hadn’t been much more rain I decided to go the unknown route. The sign said 105km to Ear Falls. 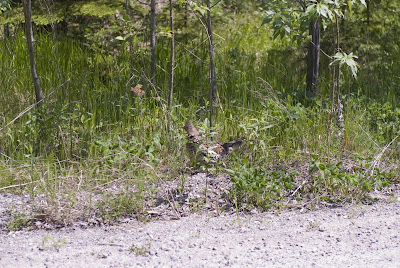 There were a couple spots where the water was running over the road. One spot was especially hairy. Half the roadway had been washed away so now there was just enough room for one vehicle. I had to stay close to the wash out and hope that the roadway held. The other side dropped off quickly into the deep water. If I had to do it over I wouldn’t want to chance it again. I got out to look this area over, but I was too tired to go back to get my camera to take a photo. 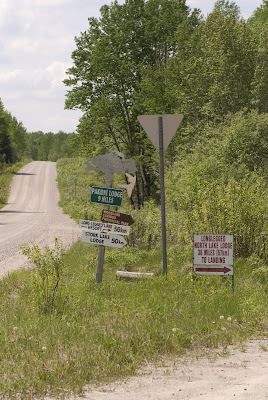 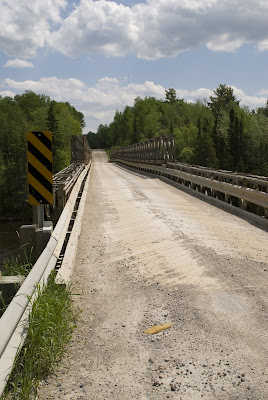 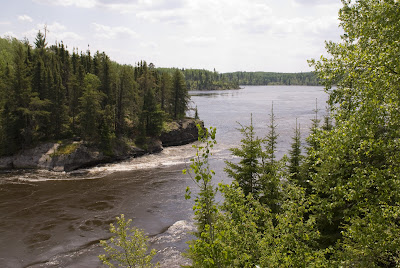 I finished the Longlegged Road at 1225 pm.

I listened to CDKR on my way back down to Dryden. I stopped for a Subway believe it or not in Dryden. I made it to customs. I showed both my passport and driver license. He opened my back door and he asked me a couple questions. He stepped back into the booth before asking me what I did in the cities. I told him and he handed back my passport and off I went.

It took me 9 ½ hours of driving to get back to my fathers on Pokegama Lake south of Grand Rapids. Oh, while in Grand Rapids I stopped at Subway. Yes, I did!
Posted by CIIcanoe at 6:24 AM

CIIcanoe
This blog, CIIcanoe, has evolved from covering canoe racing, my wilderness canoe trips and anything else that interested me to a place where I post my photos and anything else photography related. I still have my other blogs posted with some of my wilderness canoe trips and the photos taken during those trips. Thanks for checking out my blogs. Please check out my website, ChuckRyanPhotography.com for my work.